The AR-15 is the most popular sporting rifle in the United States. And everyone wants to get their hands on it. You're one of them, right? However, you may be unsure where to begin. Let us assure you that constructing an AR-15 is far less difficult than many people believe, and it is a fantastic way to create a fully customized weapon. To build your AR-15, you must first understand the weapon's basic components. Here is everything you need to know about the AR-15 parts.

The AR-15 can be broken down into two major parts:

Let's take a closer look at the individual components in both of them:

1.Barrel: The barrel is the most important component of your AR because it determines how accurate your gun is, how far you can shoot, and what rounds you can fire.

2.Gas System: The gas block and gas tube are the next components. Guns fire by propelling a bullet with high-pressure gas created by a gunpowder explosion. The AR-15's excess gas is routed through the barrel, down a gas tube, and back into the upper receiver. The gas can escape through holes in the barrel beneath the gas block. It allows you to control the amount of gas used, as well as the cycling and operation of the machine.

3.Handguard: The handguard protects the gas tube and barrel from the elements. They're divided into single and double heat shields, which shield your hand from the barrel's heat. Keep in mind the location of the gas block and the length of the gas tube. This will determine the type of handguard you can use. 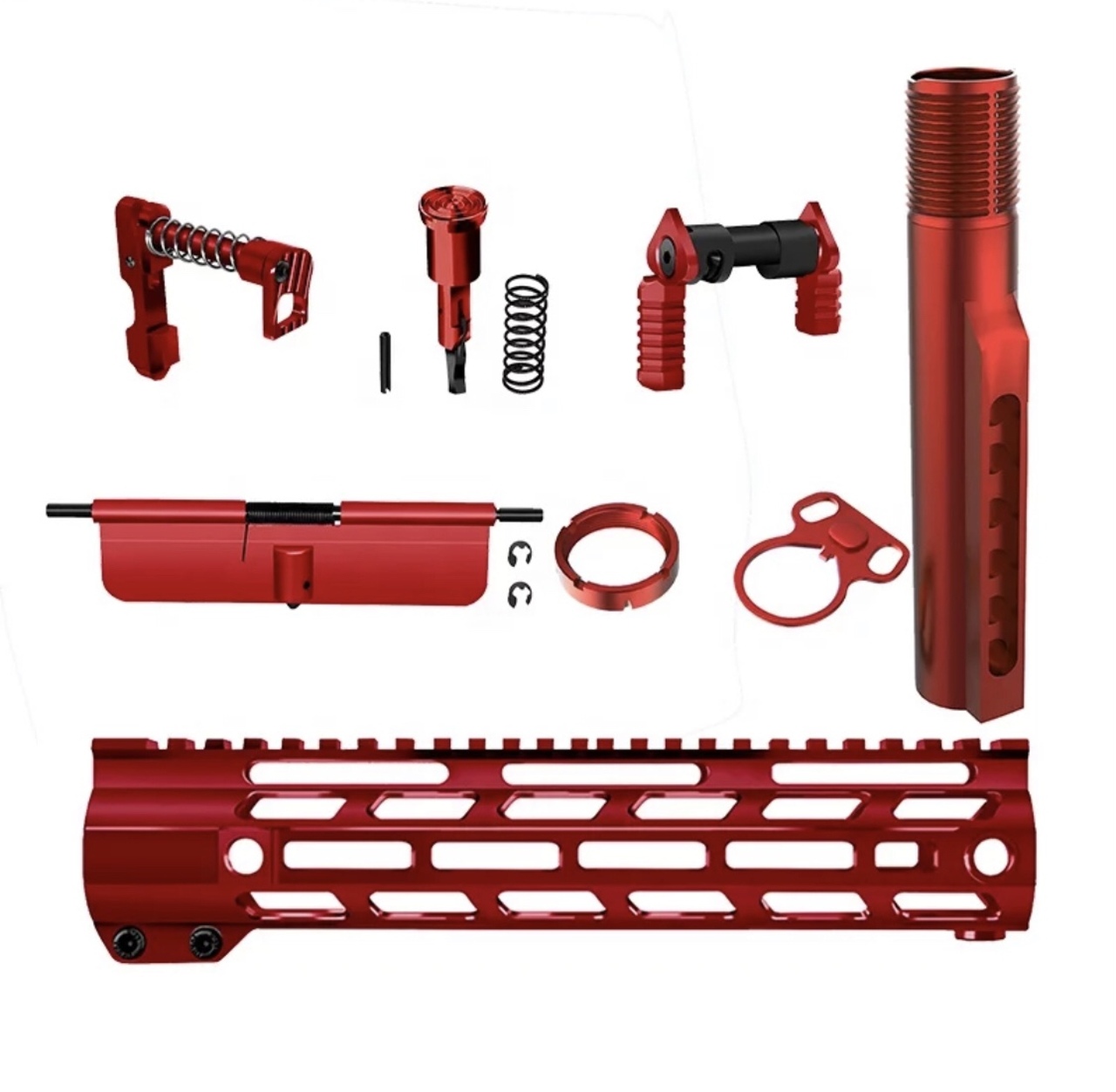 The fire control group, magazine well, and pistol grip are all located on this part of the rifle. It is classified as a firearm under the law.

1.Kits for the lower part: This is another simple part to locate and purchase. Grip, safety, trigger, hammer, magazine catch, buffer retainer, bolt catch, and takedown pins will all be included in each kit. There are also a lot of pins, springs, detents, and other small parts and baubles.

2.Buffer assembly: Your buffer tube, spring, and buffer, and buttstock are all part of the buffer assembly. Whenever you see the words "On a lower receiver, "commercial" or "military-spec" refers to the buffer tube's diameter. A standard tube is about 7 inches long. What about on the inside? You'll need a standard/carbine buffer, plus a spring will do nicely. When shopping for a buffer, check the weight as carbine buffers weigh exactly 3.0 ounces.

These are some of the components of the AR-15 rifle. We specialize in AR-15-style rifles at MCR Gear Up. Our store has all of the AR-15 parts you'll require. If you want to build your AR-15 rifle, we can also assist you. Keep in touch with us for the foremost recent information.