In some respects, not enough attention has been paid to iron sights. The lion’s share of press and attention is paid to optics like scopes and red dot optics.

But there are numerous - read that again - advantages that lowly AR-15 iron sights have over even the most advanced optics.

The next time you’re embroiled in a genial debate regarding the relative virtues of sights vs. optics, pull out some of these observations.

Water intrusion can cripple battery-based optics. Do you know what water does to iron sights? Nothing.

Iron sights are a gem in the rain. You can even dunk your rifle (don’t), pull it out, flip up the iron sights and they’ll work just fine.

Try that with a red dot or a scope (again, don’t).

Water intrusion can also cause mayhem to scopes. If even a little water gets in and the pressure changes, you can be dealing with fog on the lenses that utterly puts the scope out of commission.

Backup iron sights and fog get along just fine, mostly because they are not impacted by it whatsoever.

Dust can obstruct the lens of both scopes and red dot sights, and dust ingress into an electrical circuit can shut it down or short it out.

Your iron sights can get as dusty as you like, and still, they will keep chugging along.

Impact Resistant (If Not Impact-Proof)

A little jostle has the potential to wreak havoc on both red dot sights and scopes. Scopes are more susceptible, though, and can easily lose their zero.

It’s possible to break iron sights, especially flip-up sight sets, but very unlikely, especially if they are folded. You’d basically have to drop the rifle perfectly on one of them (which again, you shouldn’t do).

What happens when your red dot’s battery dies? Hopefully, you’re at the range, and not engaged with a target (be it paper or hostile).

You shouldn’t need us to tell you this, but the batteries in high-quality offset sights will outlast you. In fact, even low-quality offset flip-up sights have infinite battery life.

If your AR15’s sights have a mil-spec front sight post (FSP), it should measure precisely .07” wide. With the rifle shouldered, at 100 meters, the FSP will cover an apparent size of approximately 3.2 mils, depending on mounting and stock adjustments.

While this is somewhat esoteric, it can be used to help you estimate extended ranges where you have no other option.

Not that it makes much of a difference, because we’re talking a matter of ounces at most here, but iron sights are lighter than other AR15 optics like red dots and scopes.

Iron AR15 sights are effectively maintenance-free. Use compressed air to dust them or wipe them off periodically, give the pivot of a flip-up rear sight or flip-up front sight a smidge of oil every eon, and you’re good to go.

And even that is overstating it.

Calling iron sights affordable is an understatement. Your rifle will come with them. They’re effectively free. Even when you add offset flip-up iron sights, it’s like a 20-dollar investment.

You can easily spend half a grand or even the cost of the whole rifle on advanced optics. 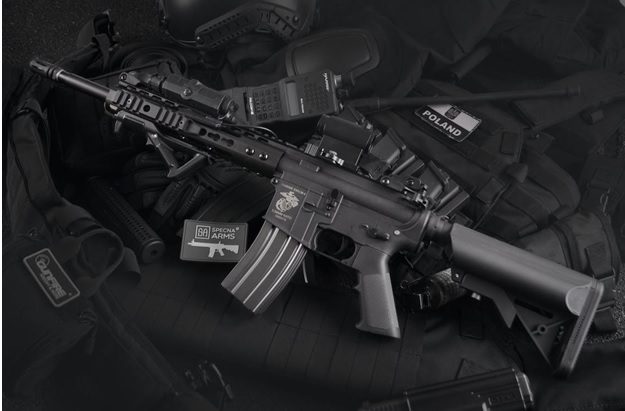 Iron sights also give you the advantage of keeping your eyes open, which presents a broader and less distracting sight picture that can potentially offer enhanced situational awareness in stressful situations.

Suitable in Daylight and Nighttime Encounters

Just as the batteries can never go out on iron sights, they are suitable in all conditions, from the highest noon to the pitchest black of midnight (you’ll want to equip your rifle with a WML, though).

Reliable in All Conditions

There is no situation in which iron sights will not work. Frankly, if you could fire your weapon at the bottom of the ocean or in the vacuum of space, iron sights would work there, too.

Can Be Effective at Any Range

The effective range of iron sights is limited by your proficiency and training only.

Finally, Never Give Up on Redundant Preparedness

You’ve heard it said, “two is one and one is none.” Follow that philosophy if you’re going to preach it.

What can you do when the power fails on your red dot sight, unlikely as that is, with red dots that have 20,000-hour runtimes? What can you do when your scope fogs up, or it’s too dark, or a sudden impact knocks your rifle off-zero, or worse, shatters the scope?

What then? You’re proverbially out of luck.

That’s why you should never be equipped with only iron sights or optics but redundantly prepared with both. Drop a red dot or scope on the rail over your receiver, and a pair of 45 degree flip-up iron sights on one of the sides of your rifle.

That way, if the power ever does go out or you need a backup, you’ll never be without one. In the debate between iron sights and optics, you can have your cake and eat it too. 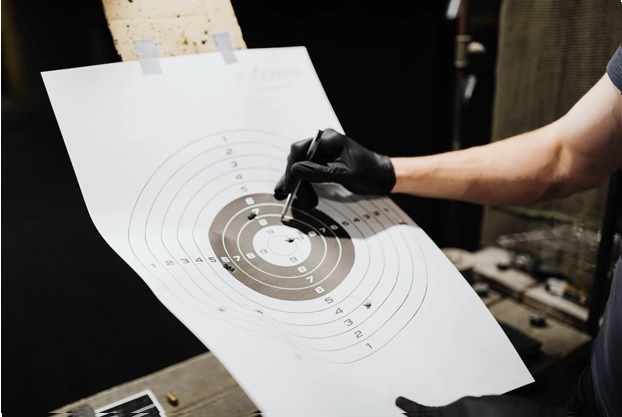 Let’s Not Forget the Fundamentals of AR15 Sights

This article is not about one vs. the other when it comes to AR15 sights. We know full well that optics like red dot sights and scopes have significant advantages over iron sights, including but not limited to:

With all of that said, it doesn’t mean that optics are inferior or superior to iron sights, one way or the other. It means your rifle should be equipped with both.

By all means, spend your pocket money on a new scope or red dot sight. Just don’t forget to back it up with offset, folding iron sights from our collection of parts and accessories as well. That way, you’ll be better prepared for the unexpected.