Gone are the days in which iron sights were the only “accessories” that came with (or were compatible with) most rifles. In the modern era, Picatinny, KeyMod, and M-LOK rail systems have transformed modern sporting rifles into amazingly modular platforms that can accept a wide range of shooting accessories, beyond optics and sights.

These three attachment systems can be used to mount accessories like scopes, grips, and lights on your firearm, completely revolutionizing their utility, ergonomics, and functionality. But what’s the difference between them? Let’s take a look.

First, let’s start with the Picatinny rail. This is the most widely used rail system by far and has been around since the mid-1990s. It’s a versatile and reliable attachment system that’s used on a wide variety of firearms, from handguns to long-range rifles. The Picatinny rail is a one-piece system that has a series of slots, or “notches”, that allow for the mounting of various accessories. It’s very secure and reliable and can handle a lot of weight.

There are also numerous advantages to the use of Picatinny rail systems.

One is versatility. Picatinny rails are extremely versatile, allowing you to mount a variety of accessories in a variety of positions. This makes them ideal for a wide range of applications, from hunting to tactical shooting. Also, because they have been around forever, there is a huge assortment of shooting accessories that are compatible with them.

The Picatinny rail system is also designed to be secure, so you don’t have to worry about your accessories coming loose or falling off during use. They are also extremely durable. Believe this: you would have to try to damage your rifle’s Picatinny rail.

With all of that being said, there are some drawbacks to Picatinny rail systems, too.

Believe it or not (and ironically), Picatinny systems are often more expensive to produce than other mounting solutions, despite the fact that they have been around longer, so they may not be the best option if you’re on a tight budget.

Picatinny rails are also surprisingly heavier than other mounting solutions, so if you’re looking to keep your gun as light as possible, this may not be the best option. They can really add a lot of weight to your gun.

One more disadvantage, specifically of Picatinny quad rails, is that it’s uncomfortable to grip the handguard without gloves during periods of intense fire as the corners of the slots are fairly sharp. It’s a minor drawback, but it is a consideration. 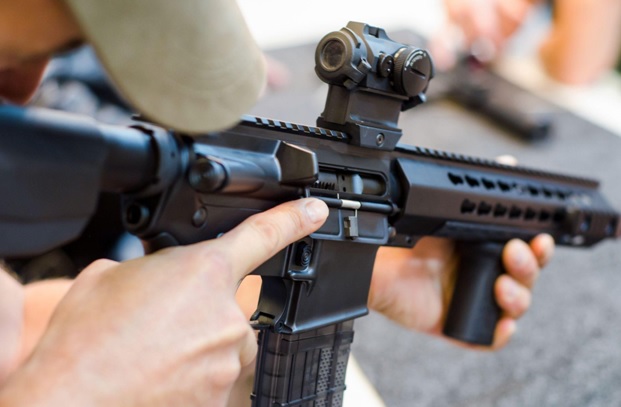 Second, KeyMod rail systems can be much easier to install than Picatinny rail systems. The slots are designed to be easily installed with just a few tools, meaning you don’t have to be an experienced gunsmith to get your rail system up and running.

Third, KeyMod rail systems are designed to be compatible with a wide variety of accessories. This means you can easily attach any number of accessories to your rail, from grips to lights to bipods. There aren’t as many accessories designed for KeyMod systems as there are for Pic rails, but there are still a lot.

Finally, KeyMod rail systems can be more affordable than Picatinny rail systems. This is because they are much simpler and require fewer tools to install.

While there are many advantages to using a KeyMod rail system, there are also some disadvantages.

For one, KeyMod rail systems are not as versatile as Picatinny rail systems. This is because the slots are not as wide, meaning they can only accommodate certain sizes and shapes of accessories.

Finally, KeyMod rail systems are not as durable as Picatinny rail systems. This is because the slots are machined directly into the rail, meaning they can be more easily damaged; the system can also be damaged by impact. Granted, this is unlikely, but it could happen.

M-LOK rail systems are also highly customizable. The system allows for the addition of accessories such as lights, lasers, and sights in a variety of different configurations. This makes the rail system ideal for those who want to customize their firearm to meet their specific needs.

Another advantage of the M-LOK rail system (which it shares with the KeyMod system, by the way) is the fact that it is more comfortable to grip a naked M-LOK or KeyMod rail without gloves on. The sharp corners of Picatinny slots really shred your hands when firing; naked M-LOK and KeyMod rails are smooth.

It’s also possible that the negative space around free-floating M-LOK rails and handguards can accelerate barrel cooling, which is beneficial during periods of heavy fire.

As with any product, there are some disadvantages to M-LOK rail systems One of the main disadvantages is that the system does not allow for the use of certain accessories. While it is compatible with a wide range of accessories, some accessories may not be compatible with the M-LOK system. This can be a problem for those who are looking for a specific accessory for their firearm.

Additionally, the M-LOK system is not as strong as some other rail systems. This means that it may not be able to withstand the same amount of abuse that other rail systems can. This is not a major issue for most users, but it can be a problem for those who need a rail system that can withstand heavy use. They’re tough, but not as tough as Pic rails. 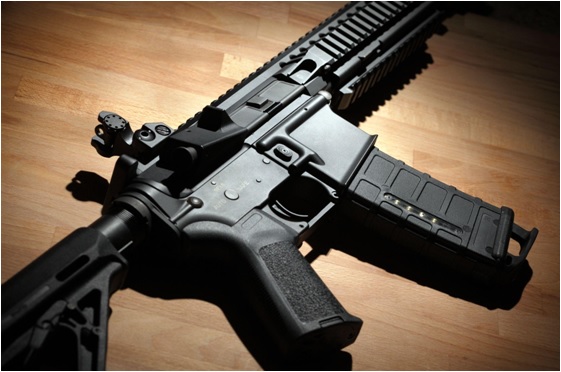 At MCS Gearup, we offer a wide variety of rail systems to fit your needs. Whether you’re looking for a Picatinny rail, a KeyMod rail, or an M-LOK rail, we have you covered. We offer the highest quality products to ensure that you get the best performance out of your firearm. So, if you’re looking for the perfect rail system for your firearm, look no further than MCS Gearup.