Choosing the right kind of parts to assemble something is the most important and complicated job to do and it gets even more tiring & effort-consuming when firearms are concerned. While there are many things to pay attention to as you assemble your weapon, getting a perfect recoil system still remains the trickiest part. Buffer tubes are one of the major parts of a gun/rifle’s recoil system helping in decreasing the shockwave generated by the fired shot.

What is a Buffer Tube Kit?

while you can buy Buffer Tube kits in the market easily, first you must know all about the content of the kits. The Buffer tube kit majorly includes 5 parts (depending on fixed or detachable stock)- receiver extension (buffer tube), buffer, buffer spring, endplate and a castle nut. All the parts are absolutely necessary to assemble a smooth functioning recoil system. Now, the variations start with the length of buffer tube and spring along with buffer material and weight- all of which should be properly aligned in order to get a functioning rifle/gun.

The rifle length buffer tube, also called A2 buffer tubeor the extra-long buffer tube, is generally installed in fixed stock AR rifles and does not require an endplate. The endplate is used to keep all the assembled buffer tube components intact but in a rifled tube, those components are supported by the stock itself. Rifle buffer tubes are plain and basic in design and require long rifle buffers so that there is no gap remaining in the tube. The A2 buffer tube can not function with a smaller length buffer- carabine buffer, and that is why knowing the length of your buffer tube matters.

Generally used in collapsible stock pistols, carabine tubes function with carabine buffers- smaller size and available in varied weights. The weight of your buffer can be chosen depending on the gas function of the pistol/rifle- a longer length gas system requires heavier buffers. Carabine buffer tubes measure less than 16 inches and are manufactured in military specified (mil-spec) and commercial variations. Many options are available when you buy Pistol buffer tubes & buffers, unlike rifles buffers.

So, the conclusion is simply- the length of your buffer tube is directly proportionate to the rifle/ pistol type and same goes for the buffer. Choosing a wrong length or weight causes the gas and recoil system to collapse and it either jams the firearm or results in a very high-pressure recoil – damaging the rifle and the shooter. 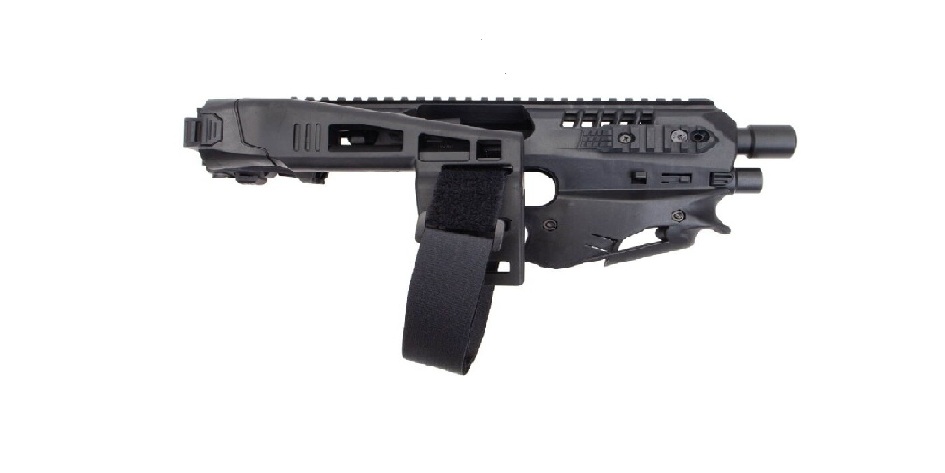 MCS Gearup is your one-stop destination for all kinds of gun accessories & parts. Manufactured with precision and care, you can rest assured to buy buffer tube assembly parts in the best quality. Be it the extra long buffer tubes or carabine buffers, MCS has it all stocked and polished for you. Buy tube kits and assembly kits and get a safely assembled firearm.