Modern performance engineering is always striving to create gun parts that exhibit superior aesthetics while delivering more advantages into the hands of shooters.

For instance, anodized finishes offer better performance and corrosion resistance all while requiring less effort on behalf of the shooter.

Let’s take a closer look at AR15 anodized parts and see what sorts of advantages they offer.

Anodizing is an electrochemical process that transforms the top surface layer of a metal into an anodic oxide. The purpose of doing so may be either functional or cosmetic. The process of anodizing is applied to metal alloys in a wide range of industries and is not restricted to the firearms industry. Typically, the metal anodized is aluminum, which is why anodized AR15 parts are common.

While there is more than one process of electrically converting the surface of said alloy into an anodic oxide, the most common method is submerging the metal component into a sulfuric acid bath and running an electrical current through it.

When doing so, the aluminum part acts as a cathode, which causes the aluminum atoms at the surface of the firearm part to chemically bond with the oxygen ions (which are separated from the water molecules) in the acid bath.

This electrolytic process creates a thin layer of aluminum oxide at the surface of the alloy. Since the anodic layer at the surface is the result of chemical conversion, it cannot chip, flake, or peel like other finishes that are mechanically applied.

There are several different types of anodized surfaces, with one of the most common being a “Type III Anodized” finish. 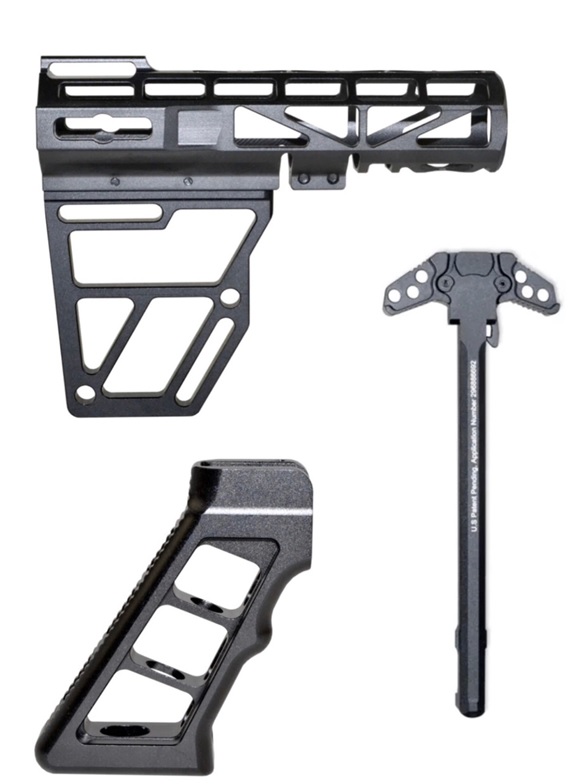 What Are the Advantages of Upgrading to AR15 Anodized Parts?

Because anodized finishes are chemically inseparable from the layers of aluminum underneath them, they have numerous advantages over other types of finishes, as well as general benefits.

For one, anodized surfaces are extremely corrosion-resistant. In fact, they are effectively corrosion-proof. Since corrosion is generally the result of interactions between the host alloy and oxygen, you can think of anodized metal as “pre-corroded,” (but not in a negative way). Since it has already interacted with oxygen, it can’t react again.

Consequently, anodized metals are also remarkably resistant to the effects of water and chemicals. Additionally, they are resistant to fouling, dirt, dust, oil, and other environmental conditions.

Anodized finishes are also exceptionally hard and wear-resistant. It is very difficult to scratch them, and as has already been stated, the finish cannot wear or chip off, unlike paint or certain powder coats or ceramic finishes.

As attractive as these benefits are, there is an even more important benefit to AR15 anodized parts, and it has to do with gun maintenance.

We all know that gun oil and other lubricants can trap dirt, dust, and other particulate matter. This can accumulate around moving parts and vastly accelerate wear on a gun.

Worst of all, gun oil and other lubricants can trap fouling which has the potential to be extremely corrosive, especially in the presence of moisture. In humid conditions, the salts present in fouling will hygroscopically attract moisture and can cause flash rust, and much worse.

Well, not only are anodized finishes extremely wear and corrosion-resistant, to begin with, but they also exhibit a feature known as permanent dry lubricity.

This is an extremely important attribute of AR15 anodized parts and one that is shared in common with other popular finishes, such as ferritic nitrocarburization, black nitride, and nickel boron coatings.

Basically, anodized surfaces are “super slick,” even in the absence of liquid lubricant.

This has two important advantages for shooters. One is that anodized parts have a slick, low-tooth surface that is easy to wipe clean, even without solvent or oil. Most anodized parts will not attract fouling and will not “stick” to it like phosphate coatings will.

For other moving parts, the other half of this advantage is that anodized parts do not need as much (if any) liquid lubricant to slide past each other. The result is lower overall wear on these parts; the less oil, the fewer abrasives will want to stick to the surface. It’s a positive feedback, win-win situation.

This can be a huge advantage on moving parts that typically require a fair amount of liquid lubricants, such as charging handles and bolt carrier groups.

Another benefit of anodization is cosmetic. Because AR anodized parts can be made in a variety of colors, some shooters appreciate them for their aesthetics. They make it easy to color-customize or personalize a gun. Also, unlike other finishes, anodization will not wear away and has excellent color permanence.

Finally, anodization as a process is cost-effective to apply and extremely long-lasting. The process is also not harmful to human health, making it even more beneficial.

What Parts Should You Upgrade?

Common parts that are anodized include: 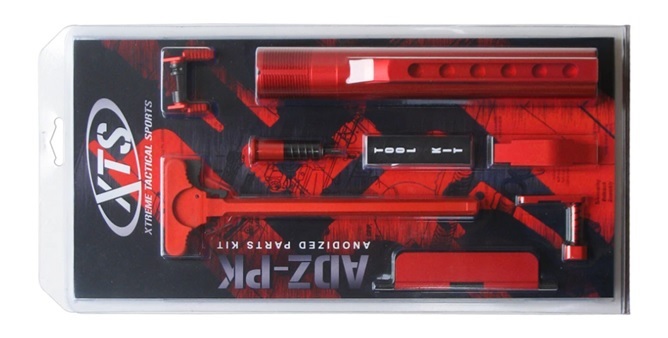 You can actually buy AR15 anodized parts kits that have some of these parts bundled together so you can save over buying them individually.

Other parts that are also commonly anodized include barrels, triggers, and bolt carrier groups, although BCGs are more likely to be finished with other coatings such as hard chrome, phosphate, or nitride coatings. You can learn more about bolt carrier group finishes in our recent blog, “AR-15 Assembled Uppers: A Quick Guide to Bolt Carrier Group Coatings.”

Ultimately, using anodized parts in your AR-15 build can not only help you customize it but boost performance and ease maintenance frequency as well.

If you have any questions about anodized parts for your gun, or if there are better finishes you should investigate, get in touch with us at Sales@MCSGearup.com or at 249-848-6757.